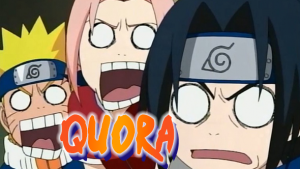 Did Lupin love Tonks? Why can’t the NRA be abolished? What was the greatest Jutsu ever performed in Naruto? Well…. 1.Yes, obviously. 2. You can’t just abolish private organizations you don’t like, also because money, and 3. Infinite Tsukuyomi. Now, why the hell do I have these questions and then also have the answers to these questions? Quora! Your friendly international Q&A social network, and today I’d like to talk about how Quora invaded my life with an onslaught of questions and answers about Naruto, and why that actually worked in making me a more active user of its network. Or more accurately, here is a dumb rant about Quora and Naruto.

So last year I was watching the entirety of Naruto and its sequel series Naruto Shippuden, a series one might say is fairly popular in the anime genre. After having watched the entirety of the Naruto Saga sans filler episodes I can confidently say it’s one of the best Anime series I’ve ever watched. Now, a common criticism of Naruto and a lot of the big box, long-running animes is that they have a substantial amount of “filler episodes” which are episodes that don’t directly pull from the source material, and more annoyingly are just there to fill up time instead of progressing the story forward. 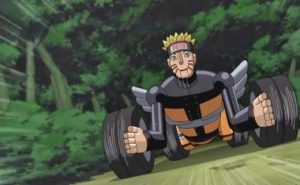 Some filler episodes are great, like the Mecha Naruto stuff, it was dumb and cheesy and everything I wanted and more, but some were super lame like they spent a lot of time on a boat, that did 0 for the series except you know… fill up time. At the end of the day, I wanted to avoid the filler episodes so I could flow through the true story and really enjoy it properly. So I googled “Naruto filler episode list”, and found a site named Quora that lead me to a site that had one! Now that should have been the end of it, right there… but it wasn’t.

As I binged through the series, loving every last second of this ballad of Ninjas, Brotherhood, and Heartbreak, I had some nagging questions about the show. Some simple, like, “What is the name/title of this thing” too really intricate questions like, “Why was Kabuto Yakushi able touse Sage Mode better than Minato and Jiraiya? Is Kabuto stronger than Jiraiya and Minato?”, I mean that second one is kind of a softball, but you get what I mean. Eventually, I asked a question online on Google that lead me to Quora. I don’t remember the question to be honest; It could have literally been 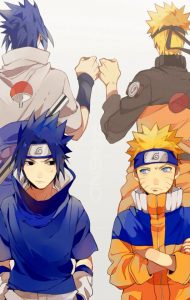 anything. Doesn’t matter, I asked, Quora answered, and Quora remembered my inquisitive ass. Early last summer I finished the show, and found a steady job in marketing, and moved forward in my life, holding the weight of some of the most heart-wrenching moments of television I’ve ever witnessed in my short life. Quora, moved with me, creeping behind the tangled web of the Internet. It started off with 1 email, “Quora Digest”, and in the email was an unassuming list of Quora post blurbs of what Quora had curated as my top stories. There were 10 little excerpts on this list, each showing the title question the curious Quora member and offered up to the Quora community. Underneath the inquisition was the profile of the inquisitor and their name. Then, of course, there was a small blurb revealing only the beginning of the top/featured answer. 10 of them, 10 of these in 1 singular email, addressed to 1 Mr. Timothy Murphy, ALL OF WHICH WERE ABOUT FUCKING NARUTO! It was insanity! I’m familiar with digital marketing, and how sites and products can target you based on all the information that gets grabbed from cookies and being auto-subscribed to an email list, I am, that is not what blew my mind. What blew my mind was me SPENDING THE NEXT HOUR, READING EACH DAMN QUORA POST. As a digital marketing professional, I dream of the kind of engagement Quora provoked out of me. Now thanks to that fateful day, I know the answers to questions like, Who is the strongest Jinchuuriki, without their tailed beast?  Why doesn’t Sasuke learn Sage Mode?  If Naruto had died during the 4th Great Ninja War, who would’ve been the 7th Hokage? or at least I know some random strangers opinions on those questions now! In hindsight, reading through each one of those posts was a fatal mistake on my part. It was like feeding a stray raccoon after it gave you a piece of garbage. Since like May of 2017 I receive a Quora digest email almost every day, and like a horde of trash pandas returning for more garbage engagement Quora brings me predominantly Naruto based Quora posts, and I like the overwhelmed misguided internet hobo that I am, still, feeds the raving onslaught of metaphorical Quoracoons.

I think the reason I’m writing this isn’t to shame Quora for it’s badgering, or lament my tragic falling into the permanent rabbit hole of the Internet. Quora is just doing what any digital savvy brand does these days, and I am a mindless consumer of internet content. I’m writing this to acquire the attention of Quora the corporate entity. QUORA I CALL UPON YOU NOW! You should do some rebranding, some raccoon based rebranding. Seriously, you need to change your logo to a raccoon, that was a spot on metaphor and I want to be rewarded for my efforts. 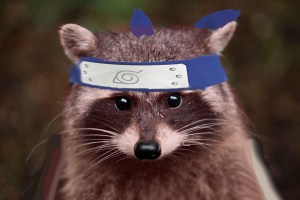 Validate my opinion you faceless peddler of Naruto trivia. No but seriously… Quoracoon, HOW CAN YOU NOT LOVE THAT! Ok, I’m done, for now at least. #Quoracoon